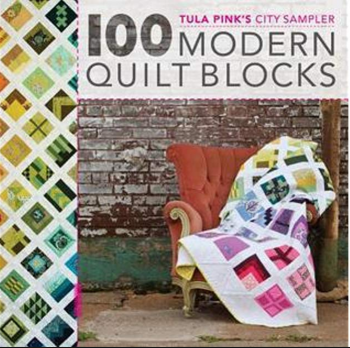 We are almost to the top of the mountain! Can you believe it?! This set of blocks has 3 blocks that I consider "showcase" blocks - ones that use a bigger piece of fabric than usual so you can see more of the pattern to the block. Last week I cut out all the pieces for all my remaining blocks, so I can tell you that I am surprised how much fabric I have left from my original fabric! I started with a fat quarter bundle of the Raindrop line from the original Cotton+Steel, supplemented with a mix of FQs and quarter yards of about 9 different Grunges: 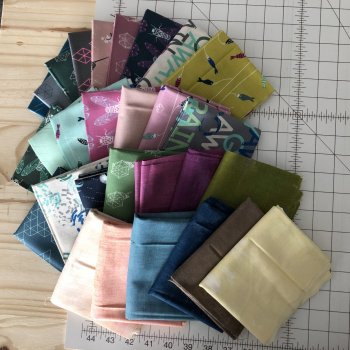 Once I started making blocks I realized that two of those Grunge choices were going to be tough fits after all and I used much less of them. Several times around block 60 I was worried about running out of fabric, but I never did. Although, one of my favorite fabrics is down to a 4" by 8" piece! Many pieces are probably around a fat eighth.

Block 91 - There are a couple blocks in the book that have a little chunk of a main fabric that intrudes into another fabric's stripe, and I've come to really like these. There's one more below. 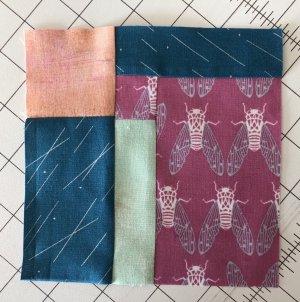 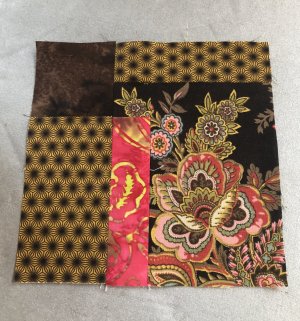 Block 92 - For this block I chose a two-color fabric for the center, and then used those colors for the framing halves, so that it looks as if the two solic fabrics merged and created something new in the center! 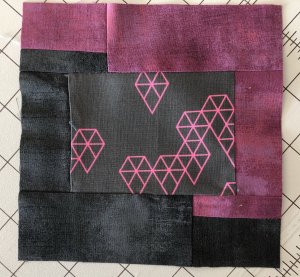 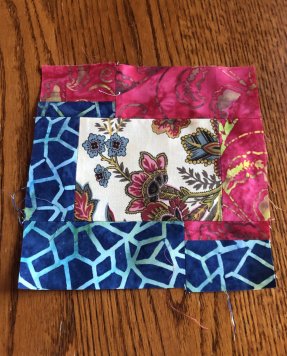 Block 93 - Here's another one of those "little chunk escaping" blocks! 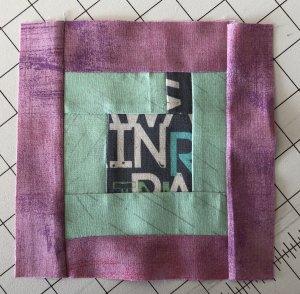 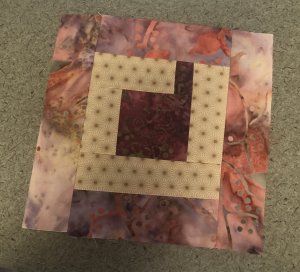 Block 94 - My picture of my block got turned around the wrong way - it should have been rotated a quarter turn to the right to match the photo in the book. But I like it this way, too, and I've decided that when I put my blocks together, the orientation isn't going to matter. Only another 100/100 maker would know which way the book shows! 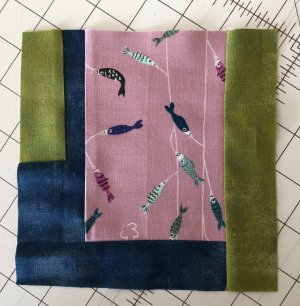 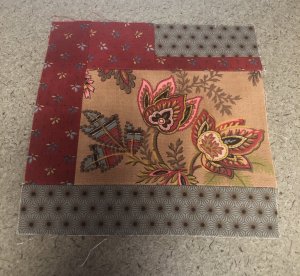 Block 95 - Along the lines of what I said above about the orientation of the blocks, I decided not to fuss about getting all my cicadas going in the same direction. There was an earlier block where I did want to ensure that, but with this one I didn't feel it was necessary. 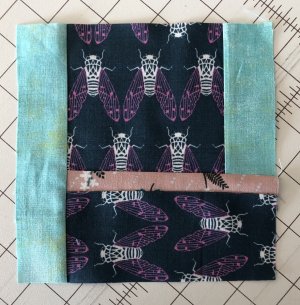 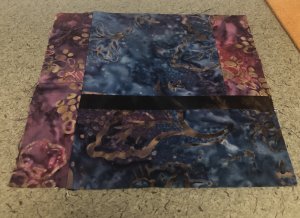 Next week will be our final week of blocks! We'll talk a bit about layouts at that point too. Until then...